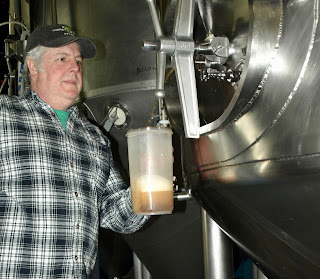 Liquid refreshment will come from Eastern Oregon breweries this year at the only Swiss-Bavarian festival in the West.

Oregon’s Alpenfest in Wallowa County is shifting its beer lineup, jettisoning imported German beers in favor of artisan brews from breweries located in the shadow of the majestic Wallowa Mountains.
In a major departure, Alpenfest will pour beers from Terminal Gravity Brewery in Enterprise, East Fork Brewery in Joseph, M. Crow & Co. in Lostine and Side A Brewing in La Grande.
“With all due respect to Germany’s excellent breweries, I don’t think anyone will be surprised that we’ve found Oregon beers to be more popular with our guests than the German brands,” said Chuck Anderson, the festival’s president/alpenmeister. “So, in the gemütlichkeit tradition, we’re making our visitors happy.”

The festival, in its 40th incarnation this year, historically had sought to emulate the alcoholic offerings of a traditional Oktoberfest, but no longer.

“Eastern Oregon has become a craft-beer destination, and we’d be blind to ignore what’s right in front of us,” Anderson said.

The exact beer styles will be determined by the brewers in consultation with Alpenfest organizers. “We intend to have local beers but in Swiss, German, Czech or Austrian style, and we hope to be forced to have a lot of tastings,” Anderson joked.

Terminal Gravity, the 20-year-old granddaddy of Wallowa County breweries, has provided a small-batch Alpenfest Ale for the festival every year since it was revived in 2012 following a four-year hiatus. TG’s Enterprise brewpub also is the home of “Accordions at Alpenfest,” the festival’s Thursday kickoff event that includes the ceremonial tapping of the first keg of the ale and music by accordion virtuoso Alicia Baker, alphornist Bruce Coutant and Swiss yodeler Shelby Imholt.


East Fork is a TG spinoff brewpub in nearby Joseph that opened last year to local acclaim and will be brewing its own beers this summer. Located in a picturesque town of shops, galleries and restaurants, East Fork advances a growing beer-lovers’ vibe started by Joseph’s hugely popular Embers Brew House restaurant, which boasts 17 microbrews on tap in addition to pizza, grilled sandwiches and frequent live music.


M. Crow is a recent addition to the county’s beer scene, unknown even to many locals. The historic general store in tiny Lostine was acquired in 2013 by Tyler Hays, a Wallowa County native who has an international following as a leading-edge furniture designer in New York and Milan. Hays added a small-batch brewery, which still operates even though he recently closed the store itself.


Side A has established itself with a brewpub in the downtown La Grande building that also houses the  city's fire department museum. Side A opened in 2017. 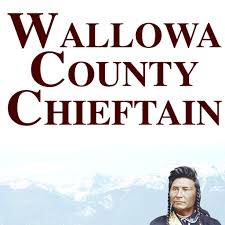